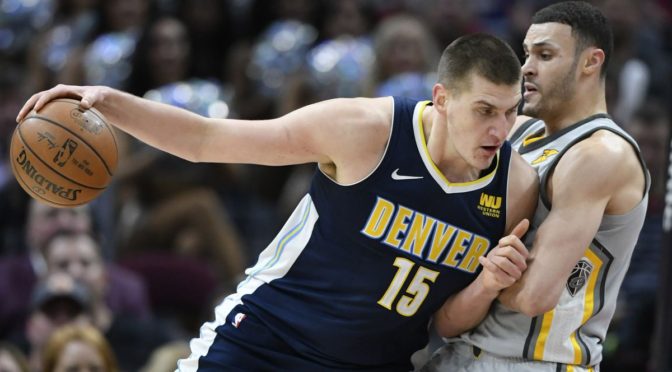 With so many injuries to key players, Denver will be forced to go to Jokic more often on offense. He is averaging  20.4 points, 10.6 rebounds, 9.4 assists, 1.6 steals and 2.2 turnovers over the past 5 games and there really is no reason why he couldn’t keep those numbers with Paul Millsap and Gary Harris both on the shelf.

Collins is looking like a superstar lately, capping his streak of five straight double-doubles with a 20-point, 17-rebound performance in a loss to Dallas.  He had a bad game against Boston in what was just his fourth game of the season so here’s to hoping he’ll bounce back in a big way against the Celtics.

LNJ will be a nice player to have especially if he is still on the cheap with Tristan Thompson out for a maximum of 4 weeks. The best thing about Nance is that he doesn’t even need to have the ball to be effective. Case on point: In his last outing, Nance only scored 3 points but had 11 rebounds, 7 assists, 3 steals, and 3 blocks. There is really no one right now for the Cavs at the big men slots so expect Nance, Jr. to come through once again against the Bucks.

Monte Morris (PG) and Juancho Hernangomez (SF), Denver Nuggets— As previously mentioned, the Nuggets are short of two starters with Will Barton, Millsap and Harris out, and the primary beneficiaries are Morris and Hernangomez. Monte just dropped a career-high 20 (with 6 rebounds and 5 assists vs Memphis) and Juancho has just played three games with at least 36 minutes so the upside for production remains high.

Kevin Knox, PF, New York Knicks– Knox is the third power forward choice in this tip but if you’re feeling lucky, you can do worse. His best game so far this season came against Charlotte (26 points and 15 rebounds) and he will be facing the Hornets once more this Friday probably in a starting role.

Danny Green, SG, Toronto Raptors— Green is more valuable in reality than in fantasy but against a volcanic backcourt of Portland, the Raptors may need his services more than ever. If he can harass his way to steals and blockshots, he may be worth a roster spot. Otherwise, he is just a punt option.