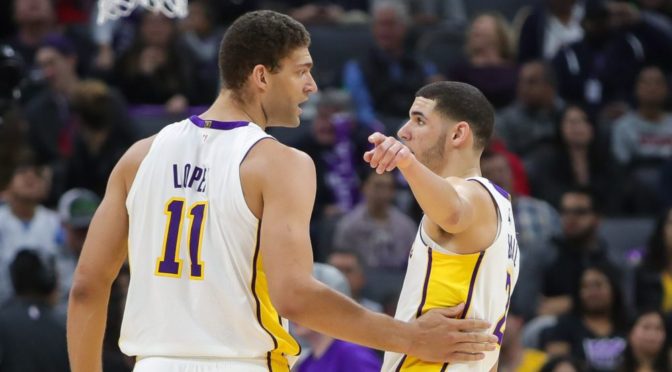 It will be somewhat of a grudge match when Denver visits the Staples Center Tuesday night after the incident at the Mile High City involving Luke Walton and Nuggets guard Jamaal Murray. Nevertheless, it would seem like Ball likes his matchups against Denver, averaging 11.7 points, 11 rebounds, 8 assists, and 2 steals in three previous outings.

Saric has been on fire from deep as of late, draining an eye-popping 60.8 percent of his 23 three-point tries in the last four contests. In the past 15 days, the Croatian Sensation is averaging 18.3 points, 7.1 rebounds, 2.6 assists, while hitting at over 58% from the floor during that stretch. He has been so-so in two previous contests (15.5 points, 5.5 rebounds) vs the Pacers, but I’m betting highly on Saric’ recent hot streak.

The Lakers-Nuggets matchup will be a fantasy goldmine but if you’re thinking a 7-foot center might be lagging behind in this fast-paced duel, you will be mistaken. Lopez just scored 29 points, with 5 rebounds and 2 assists, against Denver last week and has at least 32.5 FP in the past four games.

Corey Brewer, SF, OKC Thunder= The Thunder seem to have found someone to replace Andre Roberson in the meantime, and he did not disappoint. He is averaging 13.8 points, 3.3 rebounds, and a steal.