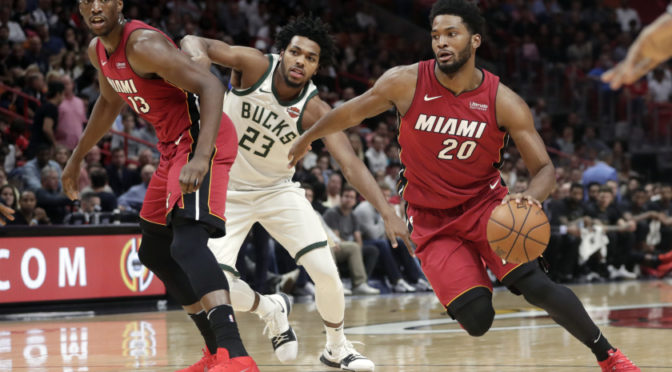 Winslow has been tearing it up statistically over the past three games, averaging 19 points, 9.3 rebounds, and 6.7 assists over that span. The Heat will be playing a Hawks team in the second night of a back-to-back so this will generally be a favorable matchup for Winslow and the Heat.

The only causes of concern are the return of Dion Waiters and Jimmy Butler but I think JW has proven enough to keep his place as the Heat’s starting PG.

Like I said, the Heat will be slightly favored over the Hawks because of the scheduling and I won’t hesitate to pick up another Miami player on Tuesday.

I wouldn’t be inclined to pick any Grizzly since their 27th-ranked offense will be facing an 11th-ranked defense (Los Angeles Lakers) but since Crowder generates fantasy points other than scoring, I’d give him a go. He is probably super cheap as well but gives you 10 points, 7 rebounds, and three assists a night with 1.4 steals + blocks.

That’s what you call value.