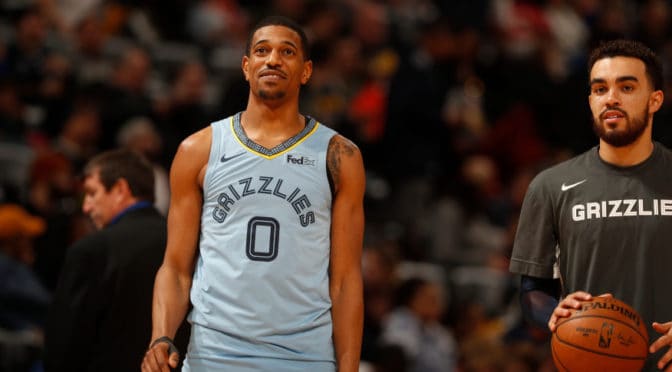 The NBA is back after a quick break with a short two-game slate. There isn’t much to go around, but there are a number of bargain options to round up your DFS roster.

Winslow has been up and down since his return but the only constant is his playing time. The former lottery pick has played at least 20 minutes a game with varying results. We hope the break helped him recuperate, but he is an integral part of the Grizzlies rotation. He just needs to give fantasy owners some counting stats.

Speaking of an integral part of the rotation, Kleber is also one for the Dallas Mavericks. He can contribute in many ways and can also shoot the three. However, he won’t wow you with anything and his upside is limited as long as Kristaps Porzingis is healthy. Still, the playing time (26 minutes per game) and opportunity are there, which is what owners want out of a bargain pick.

Melton has been a per-minute star for Memphis so he does not need too many minutes to produce. The only frustrating thing is, as soon as Melton has found his rhythm, Grizzlies coach Taylor Jenkins decides to put cold-shooting guys ahead of him. If Jenkins could give Melton at least 20 minutes a night, then we got ourselves a ballgame, people.