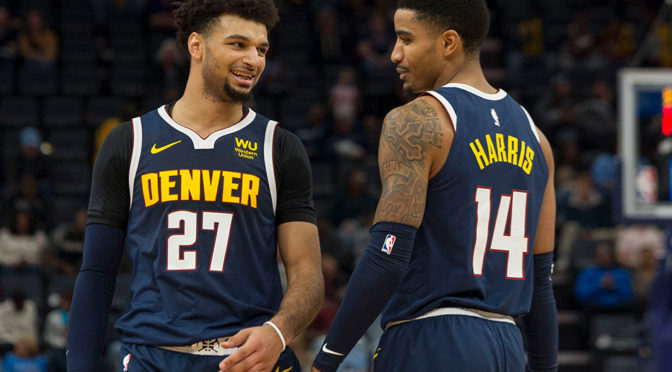 Here’s a short recap of the bargain options we had for Wednesday and like what I said, bargain-hunting can be more misses than hits sometimes.

With only four games to boot on a Thursday, we’ll try to find three hidden gems that can help us secure the dough.

He is not starting but Poeltl is still producing in a reserve role for San Antonio. Poeltl has dropped at least 21 FP in eight of the last ten with an average of 33.8 over the past couple.

Poeltl’s value lies on his defensive stats as he has accumulated 18 blocks over the past 5. He also had 37 rebounds total during that time frame.

With Cleveland being the worst in defending the paint, Poeltl could potentially outdo his salary for his matchup on Thursday.

Harris has disappointed many owners with poor statistical showings but he may have an opportunity to increase his usage a little bit with Jamal Murray questionable going into the Blazers game.

The Sixers outing was the highest scoring output Harris have had in the past five and the five dimes are also a season-high. However, if Murray decides to suit up, we will probably see the same disappointing GH once again.

Aside from Harris, Paul Millsap is also questionable to play on Thursday which will make Jerami Grant a nice streaming option if he can’t go.

Rodney Hood‘s scoring will be missed but since he went down with an Achilles injury, it was Simons (not Kent Bazemore) who stepped up. He is averaging 12.7 points, 3.3 rebounds, 1.3 assists and 2.7 treys made over the last three games.

Denver gives up the second-least threes in a game but I will still take a flier on Simons because of how cheap his salary is.