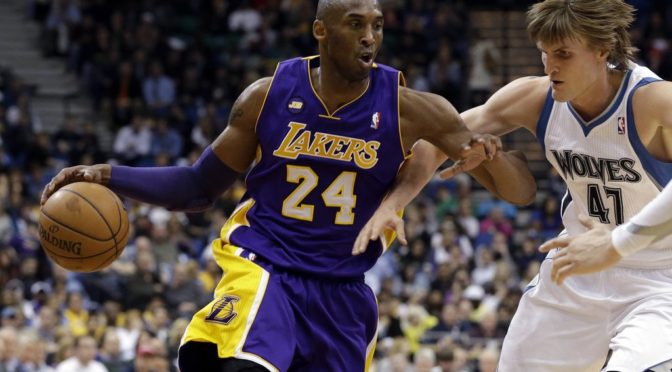 Superstars dropping huge stat lines on a nightly basis are common occurrences in the NBA not only today but going two, three, or even four decades back. The league did not record blocks until 1973-74 so many of George Mikan’s or Bill Russell’s or Wilt Chamberlain’s big stat lines were lost. Nevertheless, we are still left with some of the best fantasy basketball seasons ever starting with some old school stuff.

Back when the NBA only records points, rebounds, and assists as the main categories, one man dominated the first two cats and FG%: Wilt the Stilt. In his legendary 1961-62 season where he scored a hundred points in one of those games, Chamberlain ended the season averaging 50.4 points and 25.7 rebounds on 50% shooting.

Come to think of it, Wilt may have gotten so bored with all of this repetitive scoring stuff that he decided to give himself some nine assists per game during the 67-68 season but a paltry clip from the FT line– 38% on 11 attempts– was enough to scratch that year off this list.

Wilt was not the only one blowing up the league in 62. The NBA was the Big O’s playground for quite a while.

Robertson was the very first all-around basketball player in this level, averaging 30.8 points, 12.5 rebounds, and 11.4 assists. He was also fairly efficient from the field and topped at over 80% on 11 attempts. Not bad.

Some feel this could be Michael Jordan’s best statistical season ever and it’s hard to argue. He was good for 32.5 ppg, 8.0 rpg, 8.0 apg, 2.9 spg, 0.7 bpg, , 53.8% FG, and 85% FT. The lack of three-point shooting hurts but how can you complain? That type of dominance and out-of-position stats in all of the categories mentioned above is enough to tilt the scales on MJ’s favor.

And just so you know, this is not even his MVP season.

Others say Larry Bird may be suited for this era basketball, which is true in some regard, but as great as he was, he has all the tools to dominate in any era. Take, for example, the 84-85 season.

It was Larry Legend’s second of three consecutive and to say he was terrific is a severe understatement. He was good for 28.7 points, 10.5 rebounds, 6.6 assists, 1.6 steals, and 1.2 blocks. Efficiency was through the roof: 52% from the field, 88% from the line, and 43% from deep. The only negative is he averaged over 3 turnovers a game but that should be expected from someone who has a 28.5% Usage Rate.

To be fair, Hakeem was not always a high-50s or low-60s FG% kind of guy because he takes tough shots from the post and he turns the ball over too many times for a center. That said, the rebounding, steals, and assists numbers alone were mind-boggling that I don’t think it will be remotely repeated by someone else ever again.

Karl Malone can dominate with his endless stamina and consistent scoring and that’s exactly what he showed in his first MVP season in 1996-97.

An immovable force in the low post and a tireless rim-runner, The Mailman rounds out his per-game averages of 27.4 points, 9.9 rebounds, 4.5 assists, and 1.4 steals with efficient numbers on the field and the line (55% on 19 attempts from the floor and 76% on 8 attempts from the line). You wish he blocked more shots than he did but his game is predicated more on power than hops, so you take the bad with the good. Especially if the “good” is THAT good.

And the best part about what Malone did? He basically posted similar stat lines like this for a good 14 years without ever falling off a cliff so suddenly like most of his peers. Now, that’s consistency.

Minnesota KG is something else and in his MVP season in 2004, he flat out terrorized the league. That time, he is good for 24.2 points, 13.9 rebounds, 5 assists, 1.5 steals, and 2.2 blocks a night with above-average efficiency.

Versatile numbers such as this paved the way for modern big men to do their thing such as Karl-Anthony Towns, Nikola Jokic, and Anthony Davis. That said, nobody did it quite as intensely like KG.

So, which Kobe Bryant season was the best? His MVP year in 2008? That time when he averaged 35? If you ask me, it’s the year after the three-peat.

The last two spots on this list are dedicated to this wonderful (I’m not going to say inflated) era of fantasy basketball. This spot boils down to Steph Curry and Harden, but I’m going with the former. Here’s why: 30.1 points, 5.4 rebounds, 6.7 assists, 2.1 steals, 50% from the field, 45% from distance, and 91% from the line.

That type of efficiency is unheard of and I won’t be surprised if it won’t get repeated once again.

How can you not include LeBron in any of these lists? It’s either a toss-up between the 2008-09 season with the Cavs or the Heats’ 12-13, of which I chose the latter.

Ever heard of a SF who blocks over 3 shots a game and gets his hands into a lot of balls he ends up averaging almost three swipes? That’s Andrei Kirilenko.

50/40/90 seasons are as rare as a cold day in LA so I feel like I have to include Kevin Durant in here (even if it’s just an honorable mention).

How about we show some Matrix love here? Yes, he may be a product of the system (and Steve Nash’s playmaking brilliance) but boy, that’s a terrific product right there.